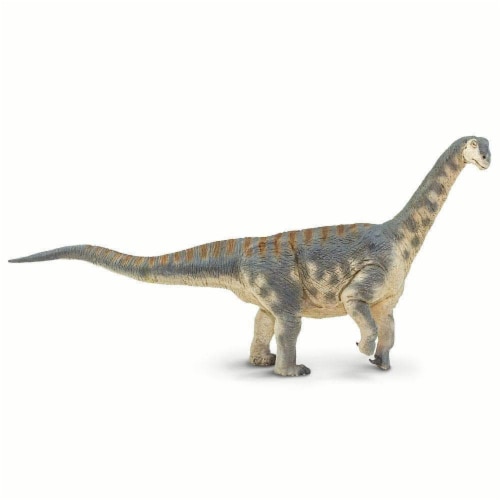 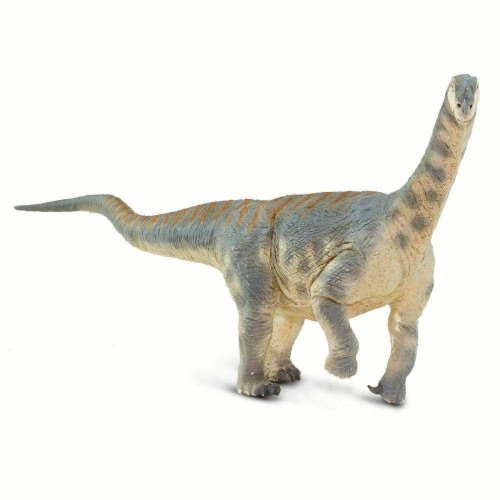 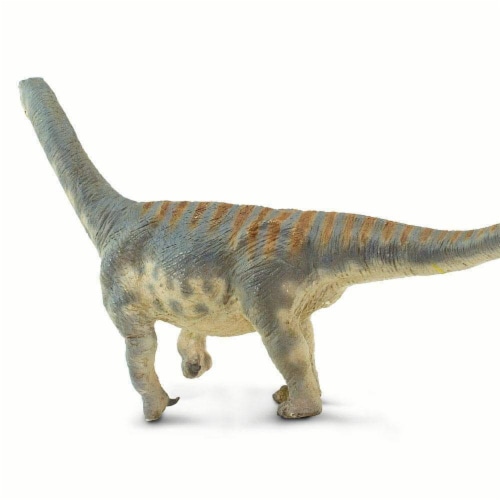 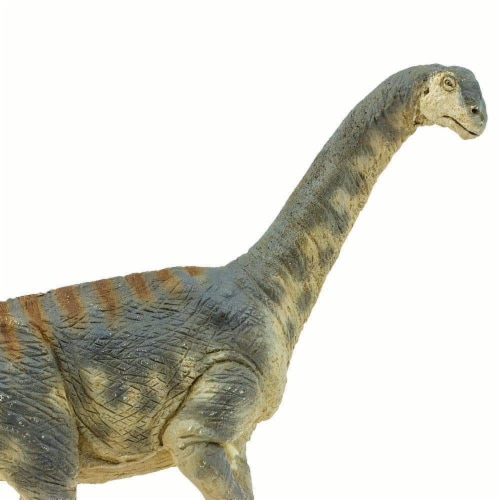 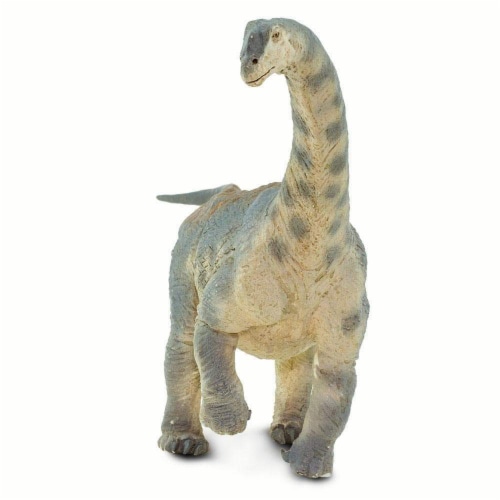 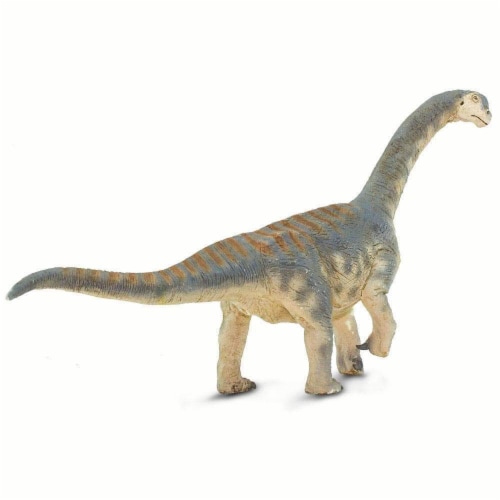 Camarasaurus was a large sauropod dinosaur, growing up to 75 feet long. It lived during the Late Jurassic Period, 150 million years ago, and is known to have tussled with the predatory Allosaurus.

Though Camarasaurus was first discovered and named in the late 1870s, a complete skeleton would not be discovered until 1925. Since then, many complete skeletons have been uncovered, which is rare for sauropods, whose skulls are fragile and normally destroyed before fossilization can happen. Camarasaurus has a skull that is quite distinctive among sauropod dinosaurs, in that it is deep and blunted - many sauropod skulls, such as those of Diplodocus or Apatosaurus, are known to be longer and narrower.

Characteristics: This professionally painted Camarasaurus toy features accurate details of its distinctive features, including its blunt, squarish head and relatively short neck (for a sauropod).

Size: : This Camarasaurus toy figure is 13 Â½ inches and 6 Â¼ inches tall, slightly longer than a standard American ruler and a bit taller than a can of soda.
The Camarasaurus is part of the Wild SafariÂ® Prehistoric World collection
All of our products are Non-toxic and BPA free