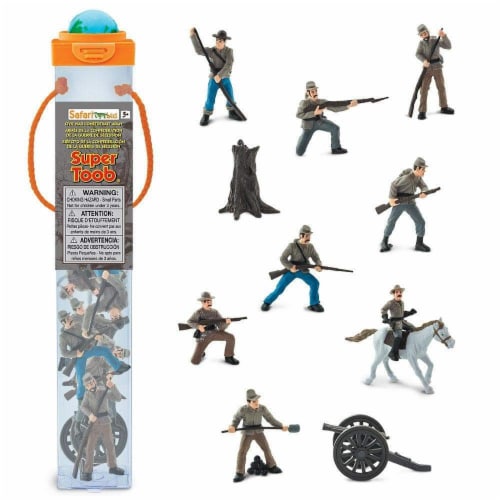 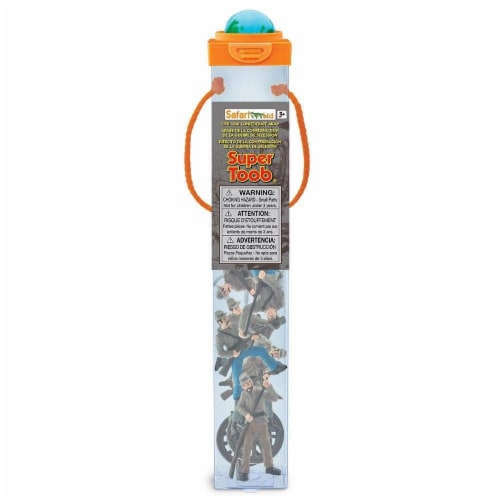 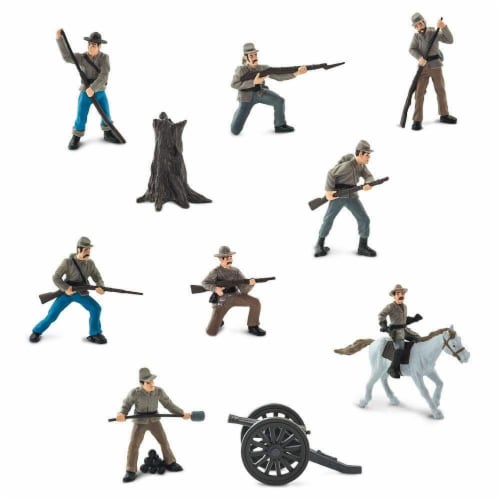 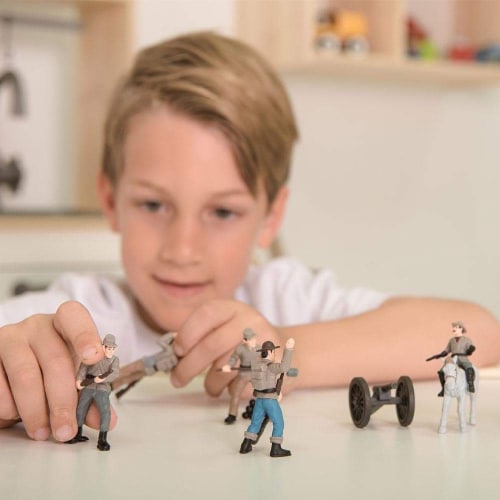 Ready to re-enact some history? This set of miniature Civil War Confederate Army soldiers lets children learn about this important conflict with a hands-on, tactile approach. Great for school projects! History: There were many causes of the Civil War, with slavery being at the forefront. Slaves imported from Africa were a large part of the labor force in the South, and the Confederates believed that the Northâ€™s attempts to eliminate slavery were an infringement on their Constitutional rights, while the North believed that enslavement of other human beings violated their human rights. Characteristics:Â This TOOB features highly detailed and accurate minifigures representing the Confederate Army of the American Civil War. Includes 11 figures: a kneeling Corporal, a kneeling Rifleman, charging Private, a charging Sergeant, a rifle-loading Infantryman, a rifle-loading Private, a Cannon Loader, a Cannon, a Captain, the Captainâ€™s Cavalry Horse, and a Tree Trunk. Size:Â Each Super TOOB is 13 inches long and two inches wide, a little larger than a standard American ruler. The figures within measure up to three inches in height. All of our products are Non-toxic and BPA free 11 pieces per TOOBÂ®. ContentsÂ CannotÂ Be Purchased Individually.