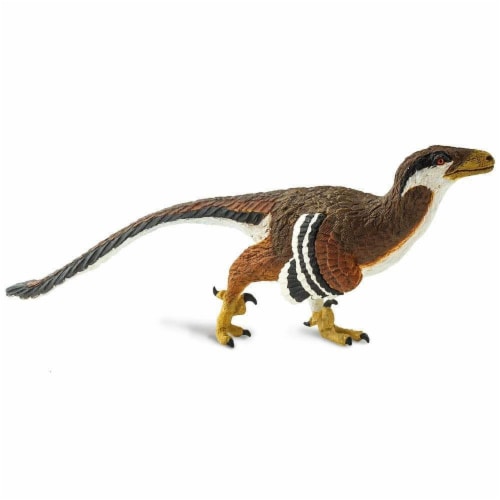 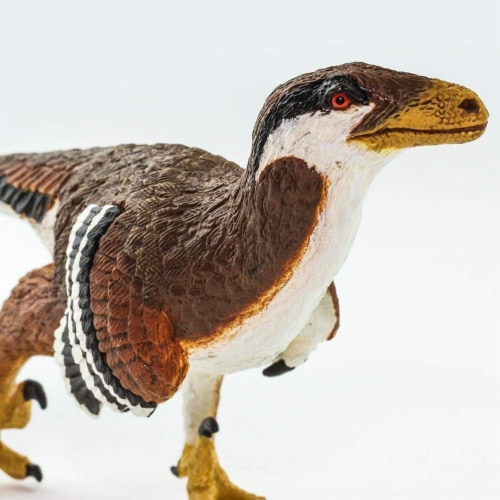 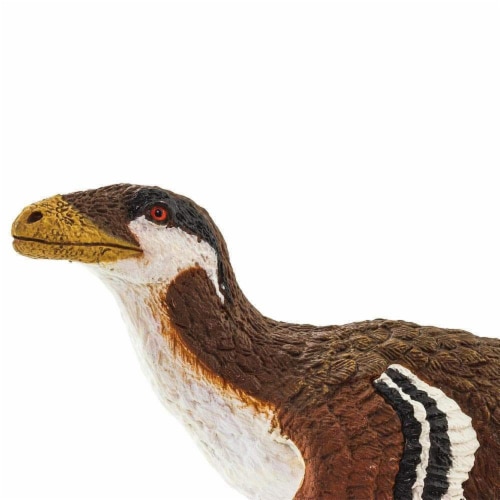 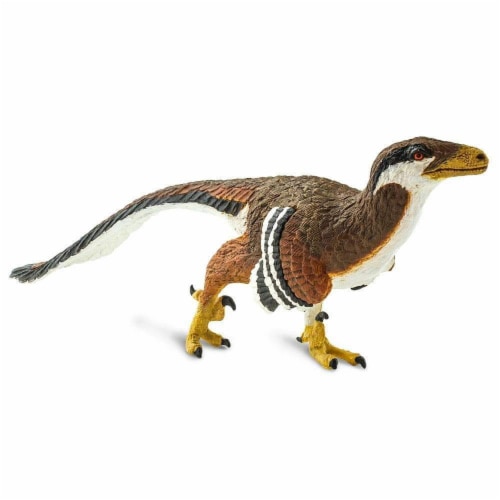 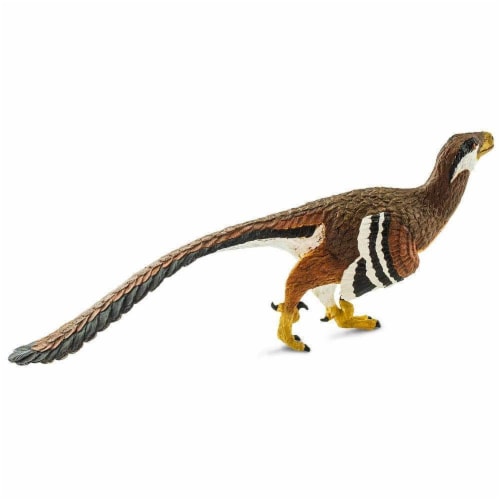 Deinonychus was a larger relative of Velociraptor. Like its smaller cousin, it had an extra large claw on each foot that helped it subdue its prey. It was also very likely covered in feathers, since this was a common feature found in other members of its family.


History:
The discovery of Deinonychus helped to revolutionize how many viewed dinosaurs. Previously believed to be mostly large, slow and lumbering reptiles, Deinonychus showed that they could also be small, agile and quick hunters. It helped promote the idea that dinosaurs were likely warm-blooded, rather than cold-blooded like todayâ€™s reptiles.

Characteristics: This Deinonychus toy is covered in feathers, as fossil evidence of other Dromaeosaurid dinosaurs shows. This Deinonychus is at rest, having a look around, with its wings folded neatly by its side and the large, sickle-shaped claws on each foot on full display.

Size: Our Deinonychus toy figure is 8 Â¾ inches long and 3 Â½ inches tall from its toes to its nose. Itâ€™s about the size of a pair of scissors.
The Deinonychus is part of the Wild SafariÂ® Prehistoric World collection
All of our products are Non-toxic and BPA free