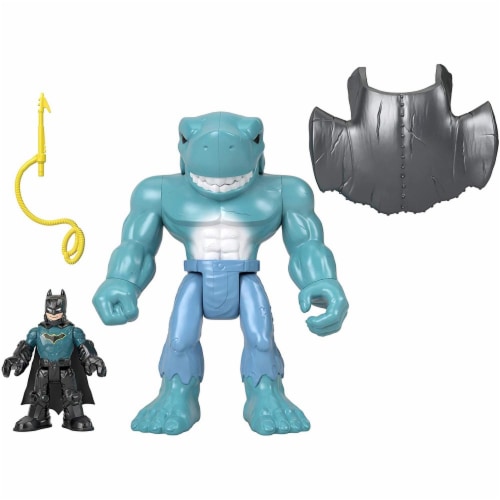 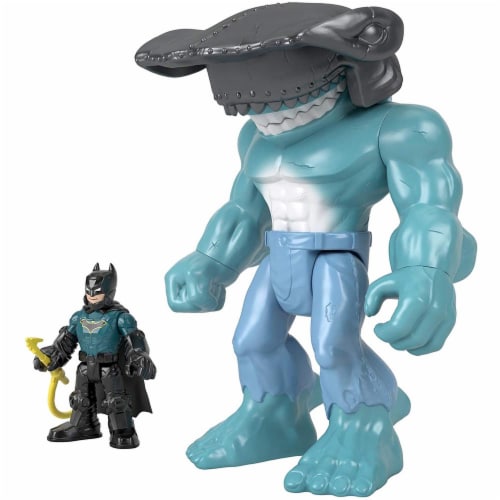 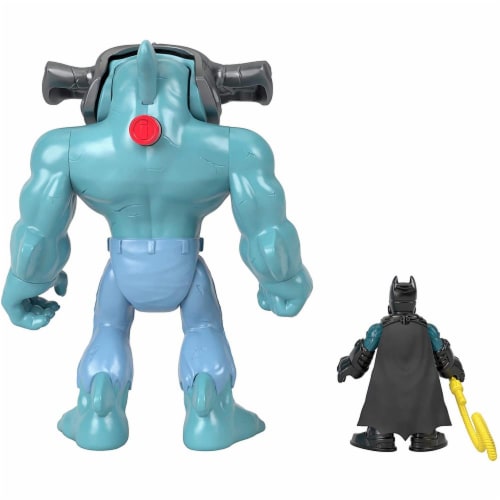 Hover to Zoom
Item 1 of 5 is selected.

Kids can recreate their favorite DC Comics stories, and imagine new ones of their own, with this Imaginext DC Super Friends figure set featuring Batman and King Shark. The ferocious King Shark wages battle against Gotham City with awesome chomping action and a hammerhead battle helmet. When the Caped Crusader jumps into action to defend his hometown, King Shark throws his anchor weapon, wrapping it around Batman to stop him in his tracks. Can Batman free himself and save the day? That's for your young Super Hero to decide! Imaginext Imagine What's Next!