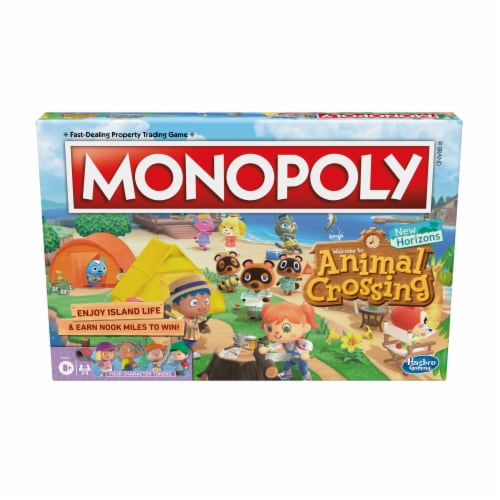 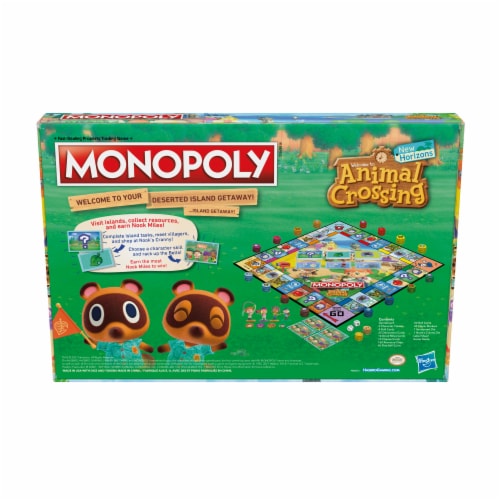 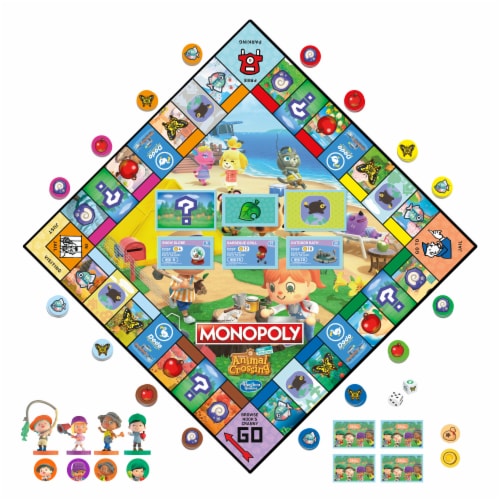 Hover to Zoom
Item 1 of 3 is selected.

In this Monopoly board game, players can enjoy island life and immerse themselves in the colorful and creative world of Animal Crossing New Horizons. Moving around the board with tokens inspired by the video game, players complete island tasks and meet other characters. Instead of buying properties and paying rent, players collect bugs, fish, fossils, and fruit. They can also stop at Nook's Cranny and cash in Bells to buy decorations. Decorations are worth Nook Miles and the player with the most Nook Miles wins the game. Monopoly: Animal Crossing New Horizons board game is for ages 8 and up and makes a fun indoor activity for kids.