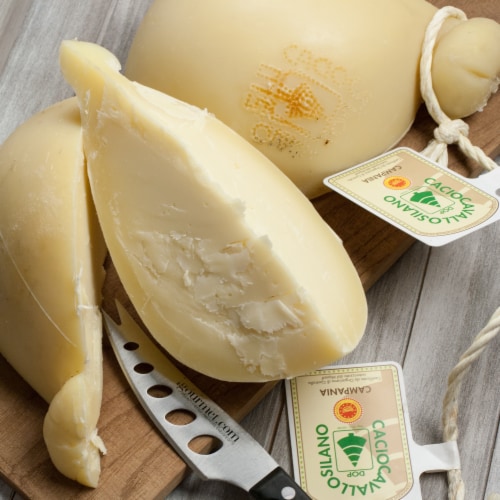 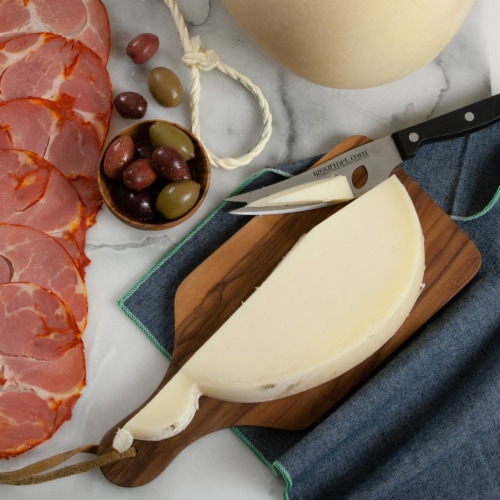 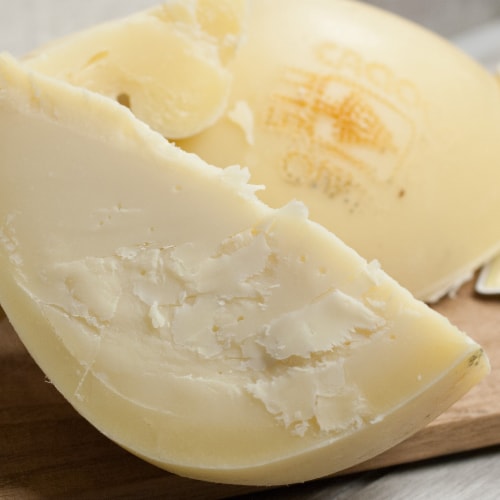 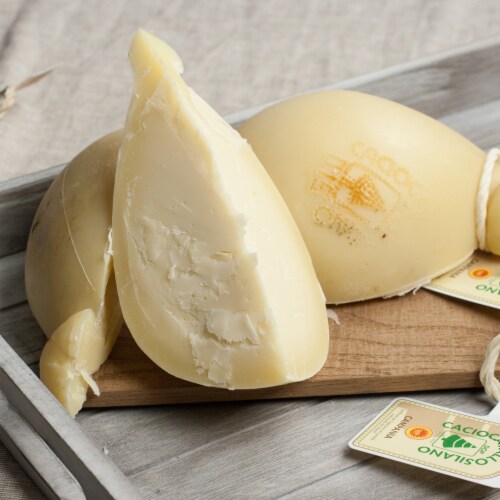 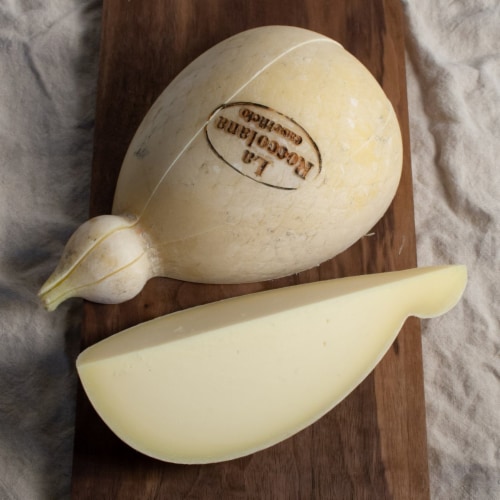 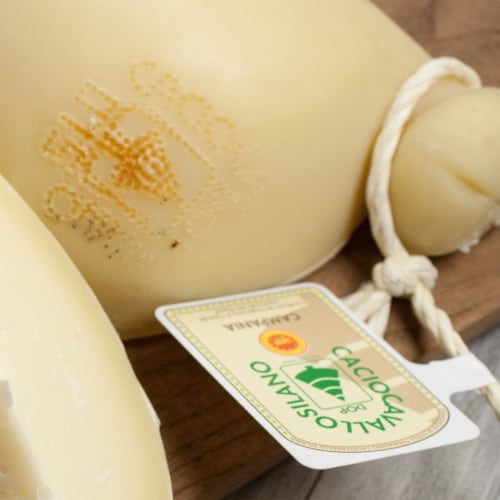 This specialty hails from the Southern Italian provinces of Abbruzo, Calabria, Campania and Sicilia. The meaning of its name has been debated for centuries, but its Latin roots are Cacio - cheese and Cavallo - horse. Some historians think it is so named because it was originally made from mare's milk, others because it was transported on horseback. The most popular theory is that the name has nothing to do with a horse, rather that caciocavallo is a copy of an ancient Turkish cheese called qasqawal. The origins of the name notwithstanding, caciocavallo is a traditional pasta filata (stretched curd) cheese made from cow's milk. Other pasta filata type cheeses are mozzarella and provolone. Caciocavallos are gourd-shaped and come to us in pairs, tied together by a rope that loops around the "neck" of each cheese. After an aging period of three months, this ancient cheese takes on a tangy, meaty flavor with hints of anise and almonds.