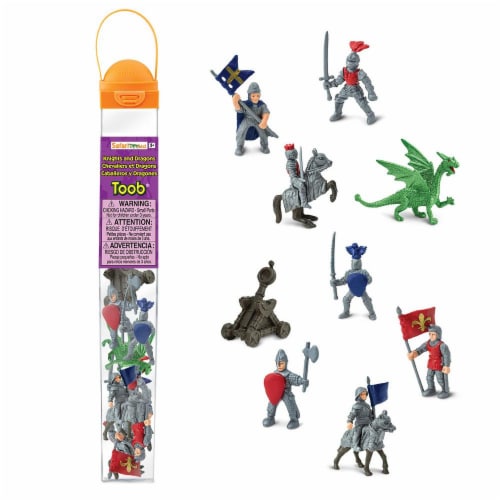 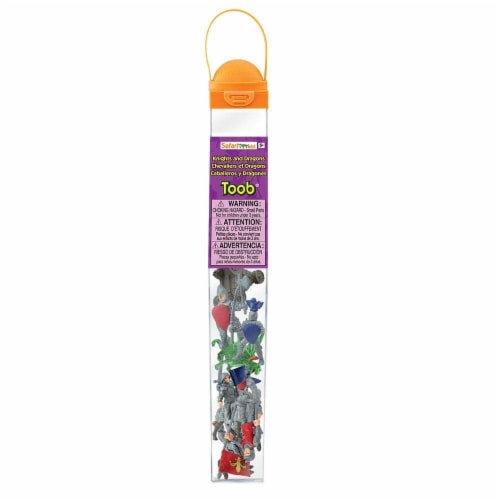 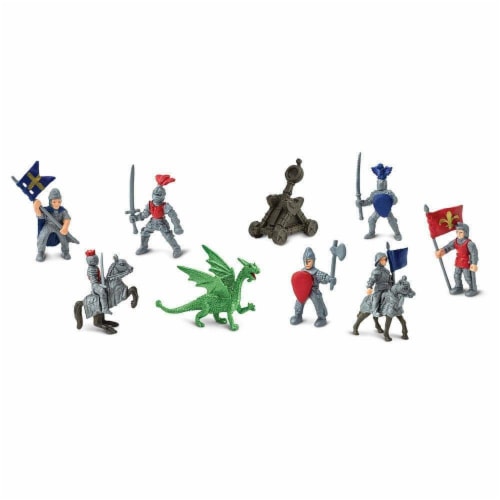 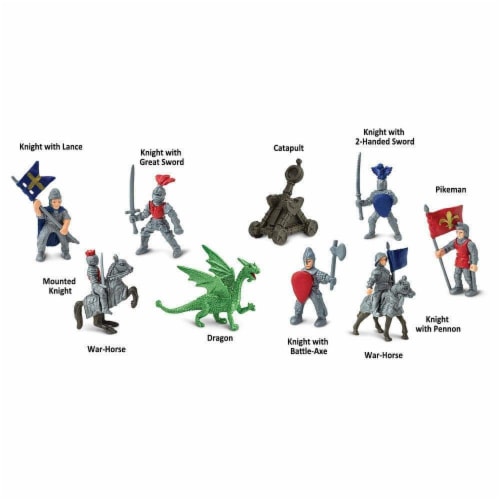 Put on your armor and gather your knights to drive the evil dragon scourge from the land! This Toob contains four knights of the red kingdom and four knights of the blue kingdom, all ready for fierce battle, along with a catapult and a terrifying green dragon. History: While green dragons are smaller than the largest members of the dragon species, they make up for it with exceptional guile and deception. Green dragons prefer to trick their pray rather than hunting it outright, often manipulating their quarry into a trap of some kind. Because of this, tracking down, locating, and defeating a green dragon is incredibly difficult, especially when the dragon is aware itâ€™s being hunted. However, with you in command this group of dauntless knights is up to the task. Characteristics: Although not as ancient or as large as red and black dragons, green dragons are still a mighty foe that take a tremendous amount of effort to fell. Set these individually hand painted figurines up in a diorama or engage in awesome creative play, as you organize your troops to march upon the beastâ€™s lair! Size: Due to their bright jade colored scales, green dragons are most commonly found stalking amongst forests and dense foliage. It takes a large troop of soldiers to defeat them, such as the 1.25 to 3.75 inch tall knights and catapult figurines found in this 1.5 inches long, 1.5 inches wide, and 12.8 inches tall American ruler sized Toob. All of our products are Non-toxic and BPA free 11 pieces per TOOBÂ®. Contents Cannot Be Purchased Individually.