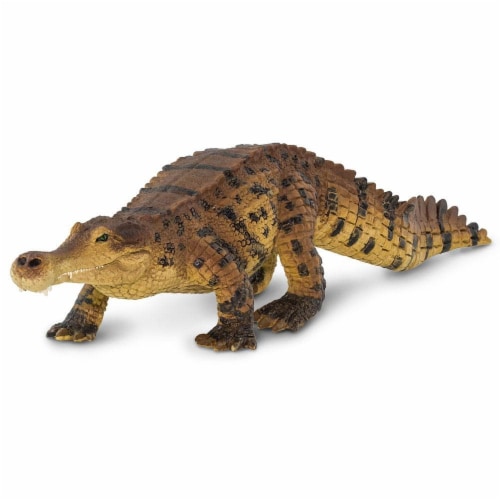 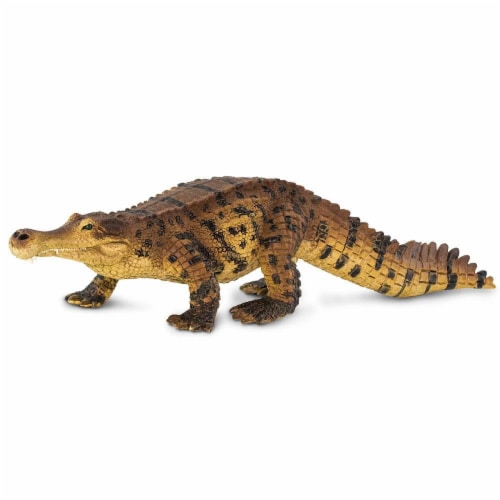 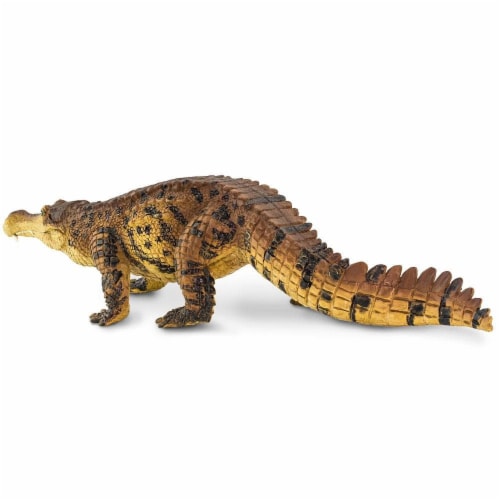 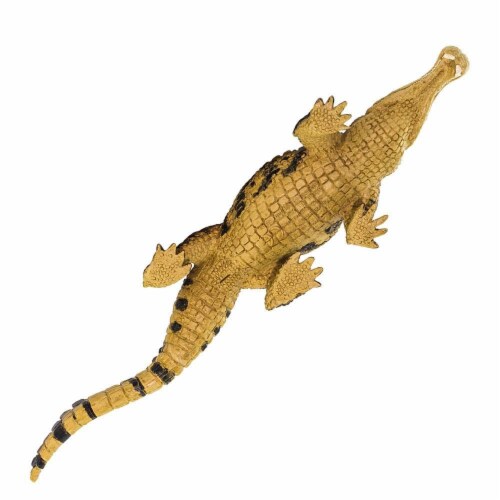 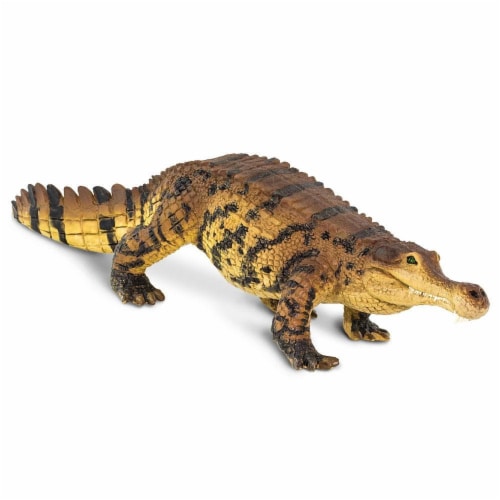 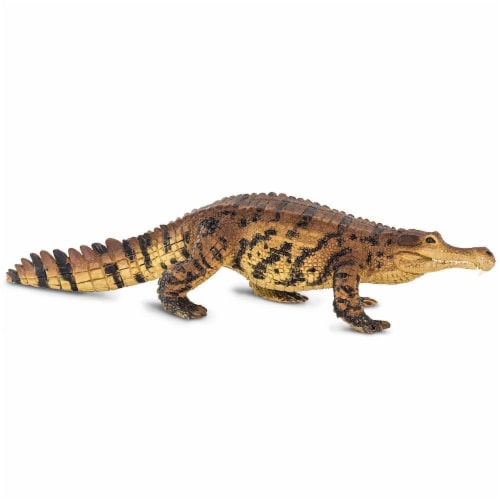 Sarcosuchus was a gigantic ancient relative of crocodiles, living in the Early Cretaceous Period around 112 million years ago. It could grow over 30 feet in length! It had a long, thin snout that ended in a thick, round projection known as a â€œbullaâ€.

Sarcosuchus is thought to be among the largest of the Crocodyliformes, a group composed of crocodiles and their close ancestors. Fragments of its skeleton were found between 1946 and 1959, but in 1964 a nearly complete skull was discovered. More recent fossils found in the late 1990s and early 2000s provided even more complete skeletal information.

Characteristics: This crocodile-like Sarcosuchus toy figure is hand painted and full of scientifically accurate details, from the large hump (bulla) on its nose to the wide flat scutes on its back. Itâ€™s posed in a walking stance, making its way across its tropical habitat.

Size: This Sarcosuchus toy is just over 10 inches in length, and stands 2 Â¼ inches tall at the hump of its back. Itâ€™s about the size of a 20 oz bottle.
The Sarcosuchus is part of the Wild SafariÂ® Prehistoric World collection
All of our products are Non-toxic and BPA free