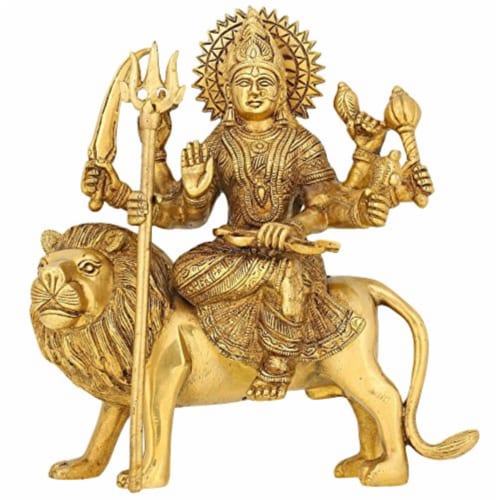 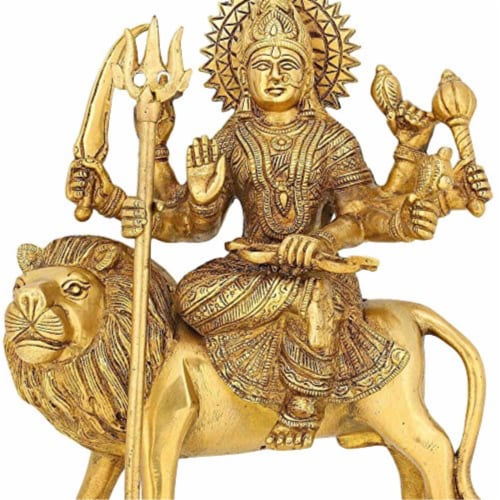 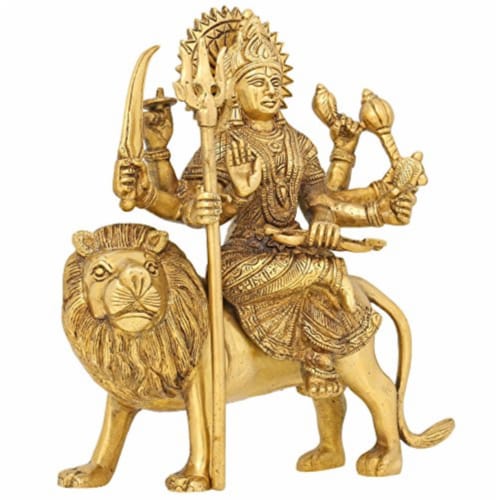 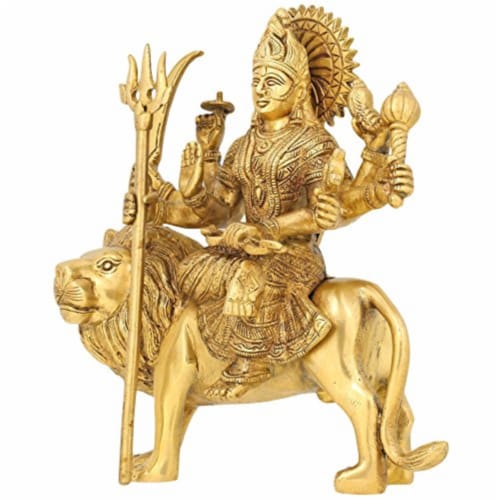 Goddess Ma Durga Statue Brass Sculpture Art Indian Décor Hindu Puja Idol 9.5 Inch This brass sculpture of Hindu goddess Durga is meant for performing puja at home, or for simply decorating your home in Hindu way. Artisans of Muradabad in north India have crafted this idol sculpture using age-old sand casting technique. Durga, "the invincible", is the most popular incarnation of Devi and one of the main forms of the Goddess Shakti in the Hindu pantheon. According to Skanda Purana, the goddess Parvati accounted the name "Durga" after she killed the demon Durgamaasura. She is Goddess Lakshmi and Goddess Saraswati in her mild form; Goddess Kali and Goddess Chandi in her wrathful form. According to Shaivism and Shaktism She is supreme, but to bring back lord Shiva in Sansar, she took birth as human form (Sati and Parvati) to marry Shiva. Durga gave birth to his first child called Kartikeya.