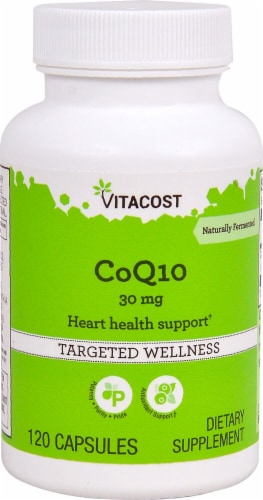 Coenzyme Q10 (CoQ10) is a fat-soluble, vitamin-like compound found in every cell of the body. It’s used by the mitochondria (“power plants”) of cells to produce energy. CoQ10 is found in highest concentration in cells of organs that require large amounts of energy, such as the heart.

While the body produces CoQ10 on its own, levels decline over time, with a steady decrease beginning after age 30. Factors such as aging, genetics, and cholesterol-lowering statins can lead to a CoQ10 deficiency.

CoQ10 is necessary for energy production at the cellular level.

*These statements have not been evaluated by the Food and Drug Administration. This product is not intended to diagnose, treat, cure, or prevent any disease.